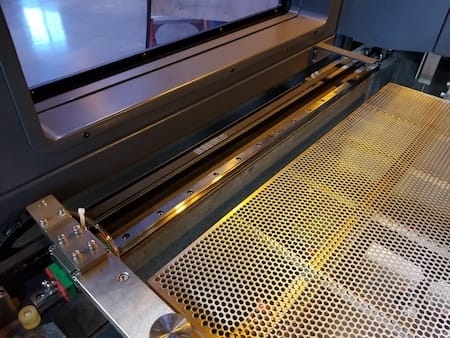 If you’ve been working with stereolithography for very long, you’ve almost certainly encountered the challenges of part orientation and the balance of considerations between certain structural necessities and the time and cost of production. Having to work within an x, y, and z axis creates physical complications that impact surface quality, material strength, design accuracy, build time, and material requirements. The choices a 3D designer makes concerning orienting a part have significant impact on production time and the overall cost of the product, so it is important to explore the balance between best practices for proper part orientation, desired outcome, and cost of production.

The best angle of orientation for SLA part production when using the traditional submersion method of production depends on the geometry of the part. Parts with planar surfaces are best oriented horizontally to produce accuracy and surface uniformity, while cylindrical surfaces are better oriented vertically to reduce uneven surface texture due to the varying widths of layers.

There are, however, advantages to positioning parts on an angle. Orienting parts at an angle can reduce the number of supports needed (which reduces production time and cost) and can reduce the width of cross-sections, thus offering more structural integrity. A 45 degree-angle is the preferred angular position as it has an equal pitch. Smaller angles not only create larger variations in layer widths (which makes stair-stepping more noticeable), but also require more supports to maintain stability.

When separate elements of a part come together at an intersection, the joint is more prone to crack or split. It is, therefore, preferable to orient the part so that the intersection is built first (closer to the base) and the diverging elements are then layered upward from the intersection.

Because stereolithography parts are constructed in a tank of liquid, they require supports to keep them from floating away. Furthermore, supports are used to create stability for overhanging elements. Any feature that has an overhang of more than 1mm in length or is less than 19 degrees from level requires supports to maintain structural integrity. Positioning your part to minimize overhanging surfaces in need of support will reduce time and cost. Another method of reducing the need for supports is to use fillets at angular intersections to increase the strength of the angle.

For the clearest, most defined surface detail, the proper part orientation is crucial. Parts positioned so that embossed or engraved details are on the horizontal are less likely to present clearly than those that are positioned to be printed on a vertical face. It is also recommended that whether embossing or engraving, detail widths should be at least .5 mm wide, while the raise or depth also be at least .5 mm as well.

As you decide on part orientation, you will have to weigh structural considerations against the time and material required to produce the part. Certain elements increase the time it takes for the laser to form the part and increased time means more cost.

Supports are one of those elements that increase build time. Not only does it take longer to build the part, but you also are adding increased material use for each part. Furthermore, supports leave marks that must be removed in post production. Considering an orientation that decreases the need for supports thus lessens overall time and cost.

Another consideration when deciding on supports is whether your part is hollow. Hollow parts may require internal supports to stabilize structure and may also need to incorporate holes in the design to allow resin to drain. Otherwise, differences between external and internal pressures can cause the part to warp. If the internal supports must be removed, you are adding time to post production costs.

Deciding on a part orientation that increases stability may be a trade off with overall cost. For example, cylindrical figures are structurally stronger when oriented vertically. However, printing a tube vertically can dramatically increase the number of layers that must be printed. More layers result in longer build times and thus will be more expensive.

Making the Choices that Work for You

There are no absolute answers to orienting your parts for stereolithography. You will, of course, have to make certain choices to decrease the possibility of part failure or flaws that make a printed part unusable or undesirable. Beyond that, it is important to have a prioritized plan of what you seek in your part. As you balance between the budget for part production and the elements you want to maintain, a clear list of priorities will save you from delayed production time or from printing parts that don’t offer the most important aspects of your design.

For more information on ways to make your 3D printing project successful, subscribe to your blog.